Here in this page we are reviewing and giving you guys our opinion on Nintendo Switch Lite.
Now every Nintendo handheld has had it’s smaller and cheaper alternative, except the switch, and its now time for it to have it’s own cheaper smaller sibling.

The Nintendo Switch Lite is that console. It is a bit lighter and little bit smaller than the regular Switch and has a few differences that we will reveal below, so let’s find out what they are.

Specs wise the Switch Lite has basically the same specs as its bigger brother, which is a bit obvious as they have to run the same games, but as per the screen size there is a difference. The Switch has a 6.2″ screen while the Lite has a 5.5″ display, but they both have the same resolution of 720p.

Features.
The biggest difference you can tell off the bat about the two consoles is that it doesn’t have joy cons. The High Definition Rumble and IR motion camera are also missing in the Lite.
This is something to be kept in your mind for some games, but it won’t necessarily affect every game because most of them can be played in HandHeld.
The Lite also has a D-PAD instead of the four circles that represent the D-Pad on the regular Switch.
Auto Brightness Adjuster is another thing that is missing, which is not a big deal for most people but it is something to keep in mind.
Kickstand and Docks are also missing in the Lite which means that you won’t be able to play on your TV.

With that being said, this question arises:

Who is the Regular Switch for and who is the Switch Lite for?
Well, it’s safe to think that the Lite is going to be more suitable for people who are going to be on the go most of the time. And its size makes is a great device for kids or for people who aren’t comfortable to spend as much on a console, and can use that $100 towards games or save it for other purposes.

The Regular Switch on the other side, is a perfect option for people that have time to sit and relax on the couch while playing with this console or for those games who want the best of both worlds. The switch Lite is something that the company wants to be more of a portable device than being a hybrid one.

So if you had to go somewhere out of town, a cinema or some other place you could simply put the Lite in your pocket and you’re all set. While with the regular Switch, if you have seen one in person, you can’t do that without getting a bag for it. Check the size comparison below: 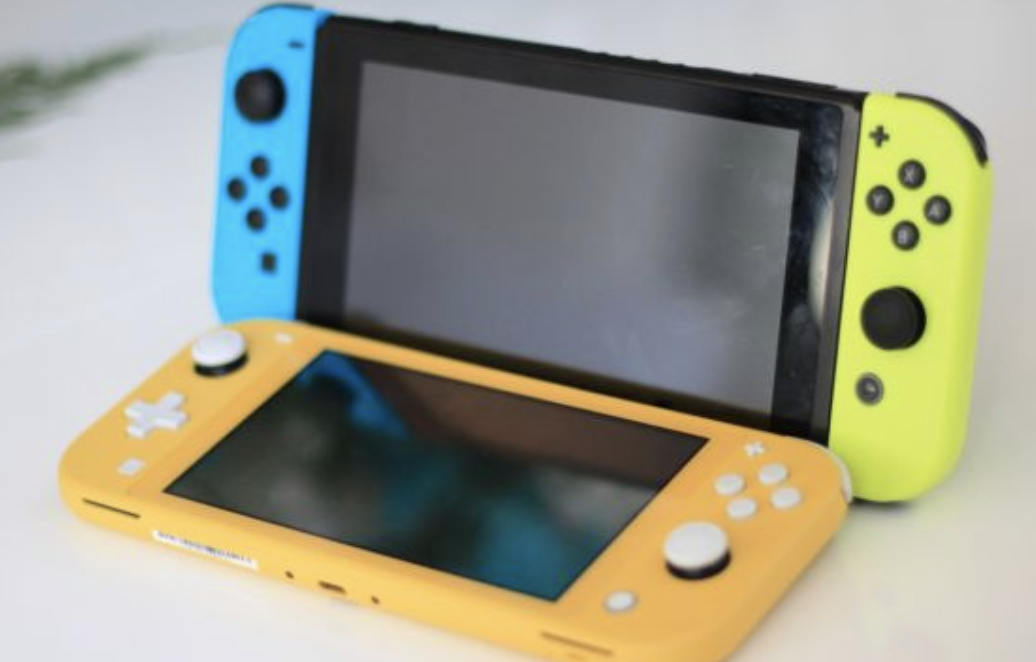