What are the top ten new gadgets of 2008? Well they are not ten to be exact , they are fourteen.
Lets list them all here and give some detailed info about each of them: 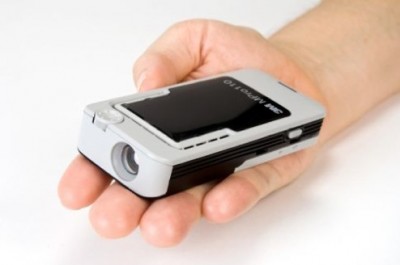 Laptops, cellphones and other portables can shrink only so far before their displays are unusable. 3M decouples screen size from gadget size with the first micro-projector. It can show 50-inch-diagonal images in a dark room and 10-inch images under bright light. The tech debuts bundled with a one-hour battery in the handheld MPro110. By next year, 3M expects to squeeze the projector (itself the size of a matchbox) into cellphones, MP3 players and other gadgets.

3M beat other companies in the pocket-projector race by refining a well-known design instead of developing exotic technologies such as miniature lasers. Like many tabletop projectors, this model uses a set of prisms to direct light from a lamp onto an imaging chip that sets the color and intensity of each pixel in the projection. But rather than using separate lenses around the prisms, 3M molded prisms with rounded edges that act as built-in lenses. To keep power and size down, the projector’s lamp is a one-watt LED with a special lens to concentrate the light beam so that none of it goes to waste.

The 5.4-ounce MPro110 has inputs for laptops, digital cameras and cellphones to display video at standard-definition-TV quality (640 by 480 pixels). So it’s not only a great tool for business presentations, but also the cheapest giant-screen TV. $360 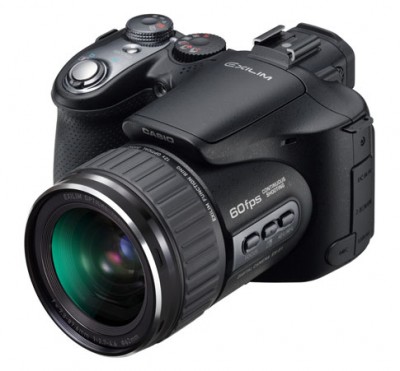 I was about to buy a bulky high-speed camera setup costing upward of $5,000 when the EX-F1 came along. It’s magical—essentially snapping pictures before I push the shutter button (by auto-filling its memory with 60 six-megapixel photos every second). And it captures slow-motion video at up to 1,200 frames per second. The resolution and image quality aren’t as high as in a pricier rig, but the EX-F1 is small enough to carry everywhere. As a result, I’ve caught explosive chemical reactions, the acrobatics of dragonflies, and a host of other things that happen at faster-than-human speed.

Casio’s coup was recognizing that the necessary tech—fast image sensors and processors, big memory buffers to hold the images until the memory card records them—already existed in consumer-grade camera components. And it bet correctly that amateurs like me would trade a little quality to get their hands on this kind of high-speed power. $1,000;

3) BUG Labs’ Base and Modules 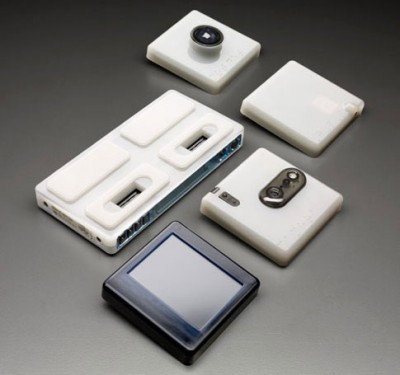 With BUG, you snap together parts to build any device you dream up. The system’s brain is the BUGbase, a tiny Linux computer with four slots for plugging in a growing range of modules. Use the GPS receiver and camera modules, for example, to build a point-and-shoot that adds location tags to photos and posts them on the Web. Write custom software in Java, or download dozens of free applications that make the modules work together. BUGbase, $350; modules, from $60 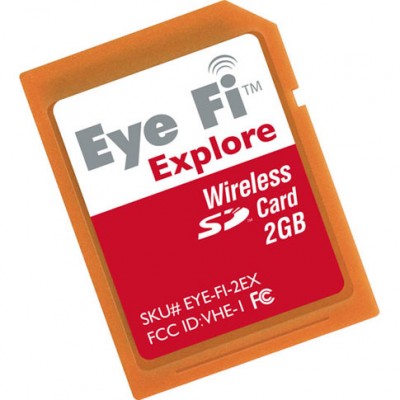 By squeezing a Wi-Fi transmitter onto the main chip of a two-gigabyte memory card, Eye-Fi allows a camera to automatically beam photos to a computer or upload them to the Web. It can also use Wi-Fi to find its location and geotag photos to display on a map. From $80 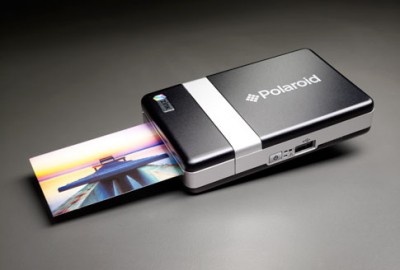 In 1948, Polaroid introduced on-the-spot photo printing with the Land Camera. It continued making instant film until this year, when a successor emerged in the PoGo, a full-color, pocket-sized printer for digital cameras based on an idea that Polaroid’s founder, Edwin Land, had 30 years ago.

Land challenged his researchers, including a recent MIT grad named Stephen Herchen, to make color printers smaller by eliminating the need for liquid ink. Over the years, they explored technologies such as the heat-activated dyes used in fax machines and clear chemicals that produce color when mixed. Every method took too long or produced prints with low image quality or longevity.

The breakthrough finally came in 2000, when Polaroid developed a dye that’s clear in its solid, crystalline form but turns permanently colored when the crystals melt and change shape. Because different-colored crystals have their own melting points, it’s possible to create a full-color image with one pass of a printhead that applies precise, pinpoint doses of heat. Polaroid was developing a consumer product with this technology when it went bankrupt in 2001 and became simply a brand name for budget electronic products.

In 2005, a group of former Polaroid employees formed Zink (short for “zero ink”) Imaging, with Herchen as chief technology officer. They converted a Konica Minolta paper factory to make paper embedded with the heat-activated dyes and recruited Alps Electric to build the printer. Zink is licensing the technology so companies can build printers directly into devices such as digital cameras. But the first partnership is with its old parent company to make the Polaroid-branded PoGo, which turns out richly colored 2-by-3-inch photos. $150 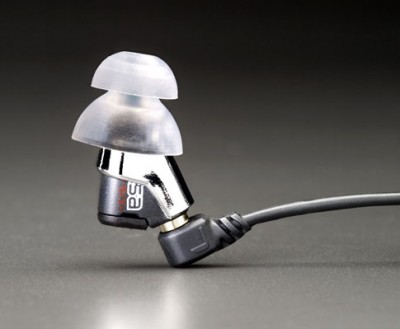 Everyone’s ear canals have unique shapes that affect hearing; some of us pick up high frequencies better, while others are attuned to bass. These in-ear headphones are the first that let you tweak the acoustics to suit your ears—or your taste—avoiding the distortion that results from adjusting the equalizer on your music player. For more thump on hip-hop tracks, attach the bass modules to the back of each earphone, adding larger chambers for the sound to resonate. Make vocals stand out by changing the treble filter on the earpiece to one that allows more high frequencies through. $250 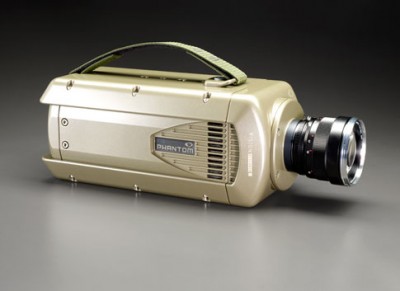 To catch every detail of the gymnastics and track-and-field competitions at the Beijing Olympics, NBC brought in the most powerful slow-motion camcorder: a prototype of the Vision Research V12. The faster the camera, the slower its video playback, and the V12 is the record holder. It shoots video at up to one million frames per second at low resolution and captures high-definition at 6,933 fps, seven times as fast as its nearest competitor, Vision Research’s own Phantom HD. The pixels in the V12’s sensor are about five times the size of those in an SLR, allowing them to absorb enough light even at ultrafast shutter speeds. To process the torrent of data, the camera breaks the task into smaller operations that run simultaneously. From $87,000 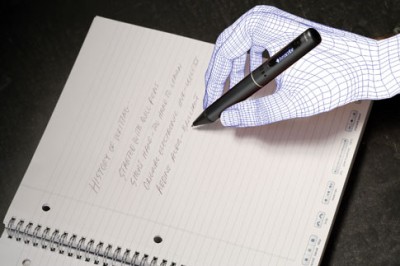 In 2002 I got my first digital pen, which captured handwriting as an image file, eliminating the need for paper notes. Or so I thought. Unfortunately, my full-speed penmanship was just as illegible in electronic form. Six years later, Livescribe solved that problem. Its Pulse uses the same technology to track its location on specially printed paper, but it pairs the text with an audio recording. At a meeting, I jot only cursory notes while the pen records every sound (except the scratching of pen on paper, which it filters out). Later I can tap my pen to the pad or click with my mouse on the screen to select a section of my notes and hear exactly what people said at the time. From $150 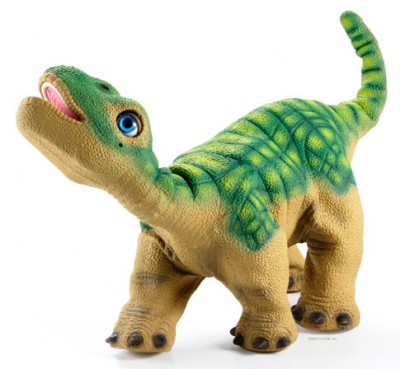 The most lifelike robotic pet can see, hear, and feel your touch. Six computer chips process the input and produce lifelike reactions, such as crying if it’s left in the dark. Pleo moves naturally using 28 motors and joints—for example, arching its back when stroked. The dino also learns from experiences (such as staying away from your noisy canary) and displays emotions. You can even download behavioral-modification packs or use the free programming kit to customize its personality. $350 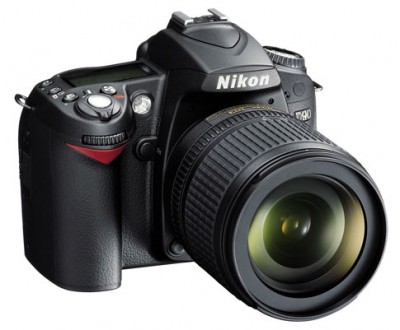 This 12-megapixel SLR records high-def video by holding its shutter open even when you’re not snapping a pic (the same trick that lets it show a live preview of your shot on the LCD). Add any Nikon lens to apply unique effects, like the warped, wide view from a fisheye lens. $1,000 (body only) 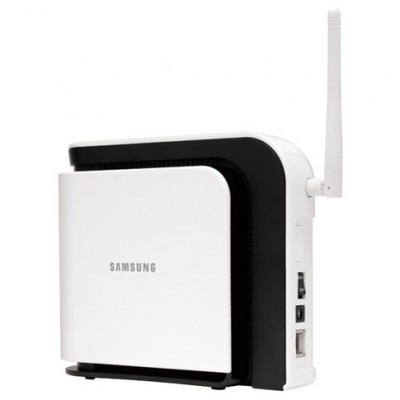 No bars at home? No problem. Airave acts like a mini cell tower, routing calls into Sprint’s network over your home’s high-speed Internet connection. Each Airave box handles up to three simultaneous calls, which can start at home and switch to a regular tower when you step outside, or vice versa. $100, plus from $5 per month; 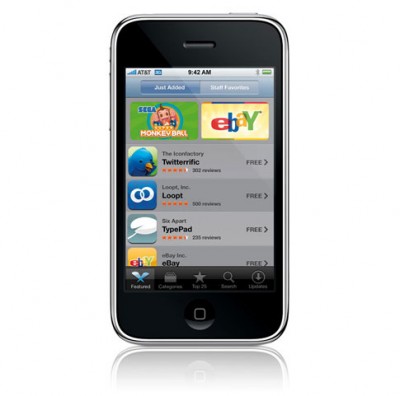 The App Store’s dead-simple interface makes it easy to search for and download games, sports tickers, news readers and other programs. One-click installation and a central repository (accessible from the phone itself) transforms your phone or iPod into a pocket-sized computer. Free to $450 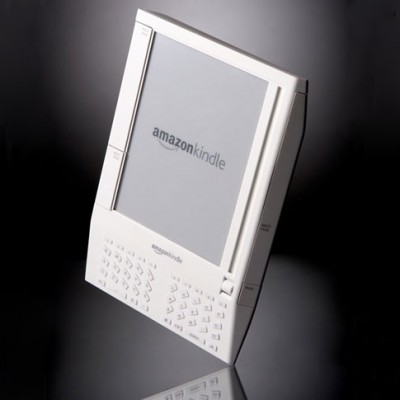 With the paper-like legibility of electronic ink, long battery life, and the ability to hold thousands of pages, e-book readers were already quite handy. But Amazon made them even more convenient by adding a free cellular connection for plucking newspapers, magazines—even entire books—out of the air in seconds. $360; downloads from $1

The Pacemaker is the first portable digital music player that lets you mix two songs together live, the way DJs do with a pair of turntables. The 120-gigabyte hard drive stores up to 30,000 songs, which you browse by moving your finger around a circular touchpad like the iPod’s. The gadget allows you to speed up or slow down a pair of songs so their beats match and to adjust the pitch so that the songs you mix are in the same key. $875