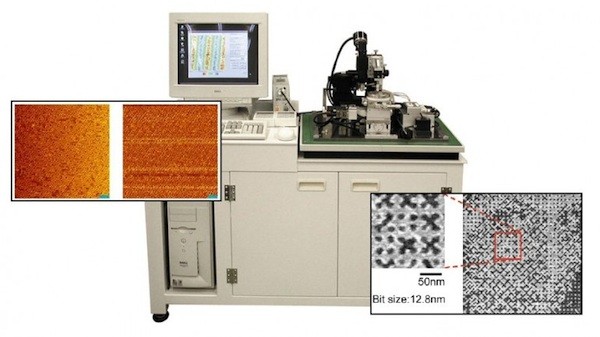 Ferroelectric isn’t just a ridiculously fun word to say, it might just also be the future of computing. While that possibility is still a ways off, researchers have been making considerable progress in recent years, and a team from Japan’s Tohoku University has now set a new record for ferroelectric data storage. That was accomplished with the aid of a scanning nonlinear dielectric microscope, which allowed the researchers to hit a data density of 4 trillion bits per square inch. As you might expect, the exact process is a bit complicated — involving a pulse generator that’s used to alter the electrical state of tiny dots on the ferroelectric medium — but the researchers say that the technology is a leading candidate to replace magnetic hard drives and flash memory, or “at least in applications for which extremely high data density and small physical volume is required.” Unfortunately, they aren’t going so far as to speculate when that might happen.